Vezokholoü Chüzho, from Thipuzu village in Nagaland's Phek district, has made her pig-farming venture into a winner

There was a time when Vezokholoü Chüzho struggled to keep her home fires burning. Today the 48-year-old mother of six from Thipuzu, a picturesque village in Nagaland’s Phek district, earns about

300,000 a year, welcome money for a family that once got by with what grew on their modest patch of farmland.

The story of how Ms Chüzho turned the tide is tied to a piggery development programme fostered by the North East Initiative Development Agency (NEIDA), an associate organisation of the Tata Trusts. Ms Chüzho connected with the programme through an awareness workshop conducted by the Chakesang Women Welfare Society, a local NEIDA partner, and there was no looking back.

Beginning with a couple of pigs in her backyard and precious little knowledge of breeding and feeding practices or veterinary care, Ms Chüzho has progressed to rearing nine breeding sows and two fatteners. Her sows produce about 40-50 piglets annually, making Ms Chüzho one of the top pig farmers in the project. With the outlook good, she and her husband, Sevohu Chüzho, are now planning to invest in a fruit-sapling nursery.

The workshop that got Ms Chüzho started was about a partnership model for piggery development that sought 50% investment from the community, with the other half coming from NEIDA. It’s a model that has been taken to heart by some 16,750 households in the three states where the Agency operates: Nagaland, Mizoram and Arunachal Pradesh.

Piggery promotion is NEIDA’s flagship effort for reasons of tradition, food security and economic viability (most rural families in Arunachal Pradesh, Mizoram and Nagaland earn an income from backyard piggeries). Drinking water and sanitation, agriculture, livelihoods and sports are also on the agenda for NEIDA, which has covered 1,168 villages and touched the lives of 79,019 families since being set up in 2012. 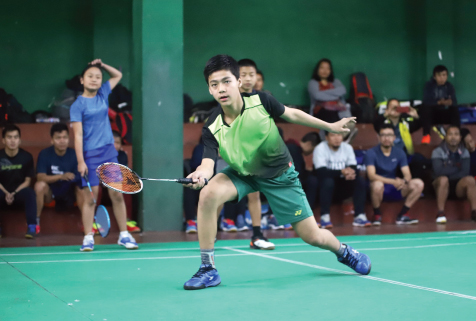 NEIDA has taken a community-centred tack while working to ease some of the most pressing, and perennial, problems facing the poor in the Northeast. Livelihood improvement, water initiatives and youth engagement are crucial elements here, and bringing village communities together an essential feature in wresting gains.

This is not easy at the best of times and it became a whole lot tougher when the first of India’s pandemic-induced lockdowns took hold from April 2020. The primary concern in NEIDA’s offices in Kohima (Nagaland), Aizawl (Mizoram) and Naharlagun (Arunachal Pradesh) back then was about keeping the pandemic from wrecking years of social development work it had undertaken in the region.

As with so many others, individuals as well as institutions, NEIDA persevered and found ways to keep its programmes going. The situation was particularly difficult with the piggery project. “Our team members could not travel and the livestock owners were cut off from critical veterinary services and food,” says Lalrinkima Bawlte, NEIDA’s programme coordinator.

Most of NEIDA’s interventions are field-based and the pandemic punched a huge hole in its operational flexibility. The Agency’s teams had limited access to the communities they served, leaving farmers, pig farmers and orchard growers starved of input supplies and markets for their produce. Sports promotion activities — in excess of 1,600 children are enrolled in NEIDA’s badminton initiatives alone — came to a standstill. 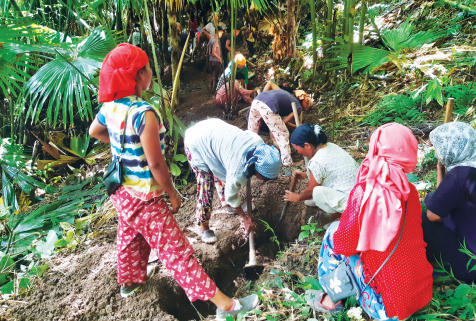 NEIDA’s people worked overtime to stay in touch with communities dependent on direct field visits and guidance. “Relationships built over time and our strong presence in the community helped keep panic at bay,” adds Mr Bawlte.

Similar to the piggery programme, NEIDA has structured its work with other initiatives in a manner that addresses the entire value chain. “It’s important to know that life for rural households here is not managed by a single paycheque. People depend on multiple sources of livelihood for their income,” explains Sentimongla Kechuchar, NEIDA’s regional manager for Nagaland.

Yona Benso, a 44-year-old from Chendang village in Nagaland’s Tuensang district, is an example of how this approach spells out on the ground. Mr Benso could barely make ends meet with his small timber and firewood business but he was not convinced about getting into agriculture to earn some extra income. He changed his mind when he saw how farmers in his village had benefitted by doing precisely that.

Mr Benso signed up for a training session and also joined a farmers group. But with no cash to invest, he was unable to expand his farm and could grow just enough to feed his family. That’s when the farmers group stepped in and helped him secure a loan for

30,000. That was the turning point. Mr Benso now earns more than

Water is another area that NEIDA concentrates on. Springshed management is a vital part of its water, sanitation and hygiene programme, and this is a big benefit for hill communities almost entirely dependent on springs for their water needs.

The initial learning on this front happened through a pilot project in Nagaland’s Tuensang district in 2012-13. Lessons from this pilot were scaled up to cover 100 villages in partnership with the Nagaland state government and technical support agencies. 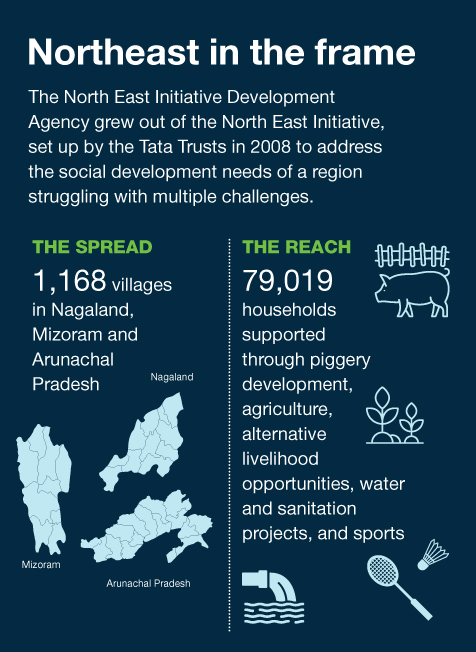 One of the places that benefitted from the intervention was Enhulumi in Phek district. The village’s seven springs had been getting steadily depleted for nearly 15 years, leading to acute water shortage. The NEIDA team focused on rejuvenating one of these springs. Experts were roped in to treat the selected spring catchment area and the community participated actively in the effort. By March 2021, water flow had increased by 70% and the spring now provides drinking water for the entire village and serves farmers too.

Collaborative networks — involving village councils, local leaders and government bodies and officials — have been a key factor in the success of many of NEIDA’s endeavours. And getting the community to adapt to change has been its biggest achievement. This has taken many forms, be it with orchard owners adopting orchard management practices, small homes being converted into homestays to drive tourism or getting youngsters engaged in sports.

The past two years have shown what it takes to turn adversity into opportunity and that is an abiding lesson for NEIDA. Its target for the next five years is to cover at least 30,000 more households through the livelihood programme and to provide safe drinking water to an additional 10,000 families. Given the Agency’s track record and the receding threat of Covid-19, these milestones could be reached ahead of time. 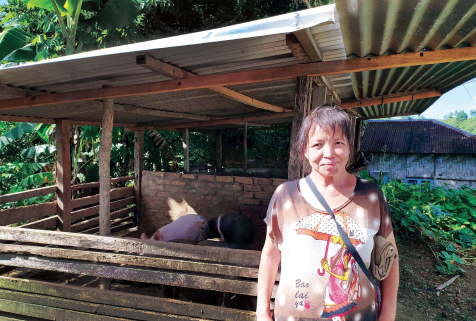