‘A kind and caring human being’

A heartfelt tribute to the remarkable Tata group stalwart RK Krishna Kumar — who passed away on January 1 — from Mammen Chandy, the doctor he recruited as the first director of the Tata Medical Center in Kolkata

Ijoined Christian Medical College (CMC), Vellore, as a medical student in 1967 and went on to become its head of clinical haematology and bone marrow transplantation service. Cut to August 30, 2009, when I was due to retire. Dr Ketayun Dinshaw, former director of the Tata Memorial Hospital in Mumbai and an alumnus of CMC Vellore, was appointed as project director for an upcoming cancer hospital in Kolkata, conceived in 2005 as a contribution in cancer care for patients from eastern India. Katie (as Dr Dinshaw was fondly known) kept calling and requesting me to join the project, but I kept refusing, daunted by the idea of moving to eastern India to be with a ‘corporate’ hospital. Finally, she persuaded me to meet RK Krishna Kumar (RKK), one of the trustees of the newly formed Tata Medical Center (TMC) Trust. Then one day in 2009 I set up an appointment with RKK.

RKK’s office in Mumbai had Ganesha adorning every possible area of its walls, and here was this elegant honcho of the corporate world warmly welcoming me. We spent a lot of time discussing religion, Hinduism and Christianity before I asked him why he wanted me to join TMCK (Tata Medical Center, Kolkata), with the caveat that I could not work in a corporate hospital. RKK quickly rid me of that notion, informing me that this was a charitable hospital being created by the Tata Trusts to help plug the gap in cancer care in eastern India, and that TMCK would serve the poorer sections of society.

RKK said he wanted me to join the hospital and ensure that all children with cancer would be treated free of cost. I had to dissuade him about that, arguing that it would be too difficult. I then told RKK that I was willing to join TMCK as a haematologist, but not as its director. “Then we do not want you,” he replied. “We need you as director to bring some of the values of CMC Vellore to this project of the Tata Trusts.” I was convinced and was appointed director of TMCK after making a formal presentation at its site office to Ratan Tata, the chairman of the Tata Trusts. 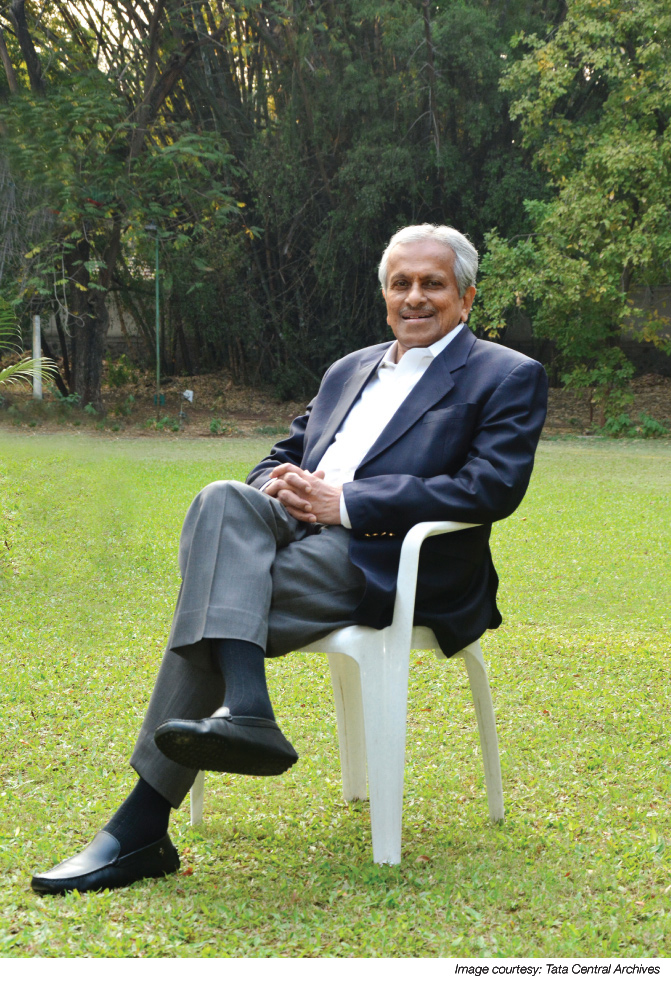 For one full year after my appointment as director I wore a construction helmet at the site, working with the engineers and architects. I would travel to Mumbai to meet RKK whenever I needed to, mainly to ask for advice and funds. He would keep doyens of industry waiting while he spent time discussing the cancer hospital in Kolkata. There was no doubt that this project was close to his heart. While planning for state-of-the-art laboratories at TMCK, I once went to RKK for an additional sanction of

100 million. “Mammen, do you really need this,” he asked. “Yes sir, if we are to be the best,” I replied. “Then ok, go ahead. I will see that the funds are released.” I had a question: “But sir, does this not have to go to a committee?” RKK had a ready reply: “You don’t worry about all that.” This was a man who, once he had chosen a person, was willing to trust that person implicitly.

Whenever RKK visited the hospital site, his first stop was always a temple in the centre of Kolkata. He was a deeply religious man and this came through in his dealings with important as well as ordinary people. However, he would not tolerate incompetence and I would squirm when he started berating someone for a job badly done. He would notice things at the site that I had completely missed. “Those lines of yellow teak stone are not straight; they must be relaid,” I heard him tell one engineer. It was then that I realised why the Taj Group of Hotels, with which RKK was associated for long, was a symbol of excellence. It was a quality he always insisted on. 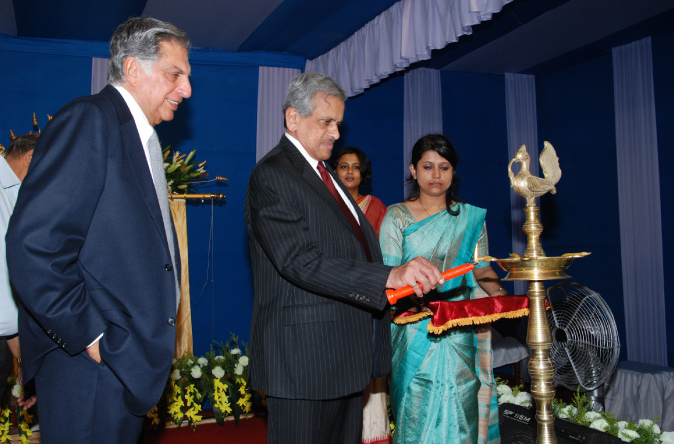 RK Krishna Kumar with Ratan Tata at the inauguration of Premashraya, the subsidised residential facility for cancer patients and their families at TMC, Kolkata, in May 2011

RKK once took me to lunch at the Taj Mahal Palace in Mumbai, post its restoration following the terrorist strike of 2008. When we entered the foyer, we received a reception fit for the gods. “Mammen, this young lady was with some of our guests throughout the attack,” he said, while introducing a member of the staff by name. He remembered them all.

At the Souk, the restaurant at the hotel, we went to the buffet and I could see the annoyance on RKK’s face because many of the food trays were half empty. “Is this the Taj,” RKK said to the waiter in attendance. “Call the chef.” There was no compromise for RKK when it came to what the Taj stood for, even in little things. TMCK has a collection of art works valued by a firm in Mumbai at $450,000 and these beautiful pieces adorn the walls of the hospital. All of these — save for the tribal art, for which we paid — were donated to the hospital, at RKK’s request, by prominent artists who painted for the Taj Group.

On May 16, 2011, TMCK was inaugurated by Ratan Tata, and RKK was there by his side. Whenever I tried to include RKK in the group of dignitaries present on the occasion, he would make me understand that I should not bother about him. This was a humility that came from his closeness to God. As a trustee of the hospital, I had the liberty to call RKK at any time and discuss problems. He always had a helpful solution. He watched the growth of the hospital with great pride, akin to a fond parent with a favourite child. When he stepped down from the hospital board, I felt I had lost a mentor.

RKK would often call me to check on how the hospital was functioning, his constant concern being that the poor should not be neglected. When I was down with colon cancer, he would check almost every week with my wife about my progress. This was the personal care that RKK gave to all those who worked under him at the Tata group. I stepped down in 2022 and at my last board meeting I invited RKK and his wife, Ratna, to dinner at the Taj (which he refused to let me pay for). I had arranged for a video to showcase the swanky new second phase of TMCK, which had just been completed. The joy that RKK felt at seeing the progress that the hospital had made was palpable. It filled me with respect for this remarkable man who epitomised what the Tata group stood for: the creation of wealth that was returned to the society from which it was generated. In the passing of RK Krishna Kumar, we have lost a truly great man and a kind and caring human being. 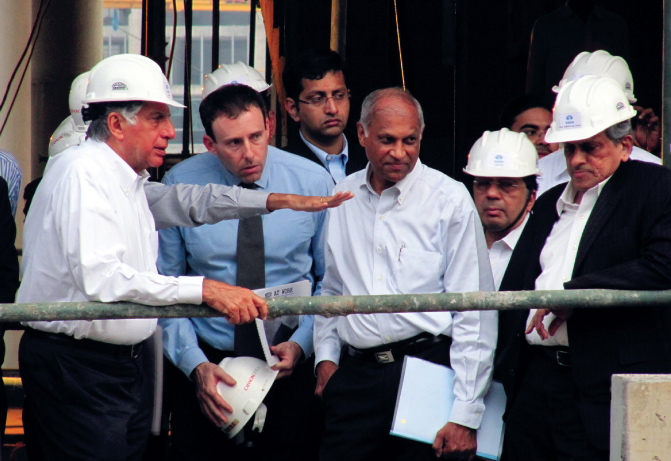 RK Krishna Kumar with Ratan Tata and Mammen Chandy (centre foreground) during a site visit to the then upcoming TMC, Kolkata, in August 2010