Transforming the lives of people and fostering community development are not possible without fundamental changes in the socioeconomic framework of society, believes Suresh Suratwala. He is well qualified to comment, having spent his career being involved with rural social uplift programmes supported by the Tata Trusts, principally the Devapur project.

The nonagenarian Mr Suratwala’s interest in rural development dates back to the early years of post-independence India. This led him, in 1955, to the Devapur project, initiated by the Sir Dorabji Tata Trust (SDTT) to bring about holistic social development of nine villages in Man, a backward region in Maharashtra’s Satara district.

This pioneering experiment comprised a spectrum of economic and social welfare programmes spread across different spheres: farming, watershed development and lift irrigation, rural electrification, livelihood generation and more. Mr Suratwala, an alumnus of the Tata Institute of Social Sciences, led the Devapur project with distinction and his work has gone on to inform the Tata Trusts’ approach to community interventions.

Tata Trusts’ approach to community interventions. Mr Suratwala has distilled the rich experience gained from the project into a book, Paradox of Rural Development in India: The Devapur Experience. In this conversation with Samod Sarngan, he shares thoughts and insights about his work and the book. Edited excerpts from the interview: 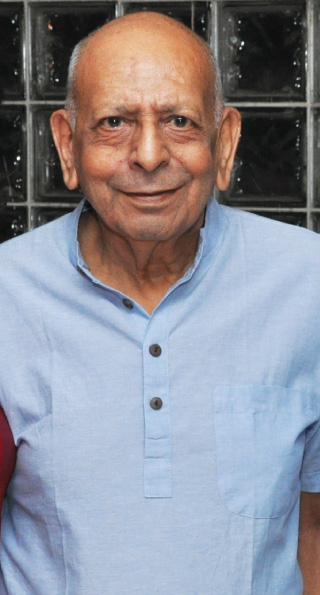 How do you explain the ‘paradox’ part in the title of your book?

In an unequal society like ours, ‘development’ only helps increase and deepen inequality and injustice, leading to further concentration of wealth and the means of production in a few hands. This is the first paradox. The second, I feel, is that poverty brings out the finer qualities of human beings; these tend to disappear when people get better off and prosperous.

What led you to put your experiences into a book?

While working with the Devapur project, I experienced these paradoxes and that made me want to write this book. I was feeling a sense of frustration and disappointment; I thought I must put this into words so that somebody could come up with answers. I’m still waiting for some such response.

People need to be given freedom from the past so they can live and learn in the present and create a better future. Israel has done this successfully.”

You talk about the dilemmas of development. How can social development organisations navigate the challenge?

To put it simply, for social development to be really effective, these organisations should first try to bring about distributive justice and equality in society. The complexities and difficulties in rural work have to be countered with devotion and dedication, commitment and continuous, conscious effort.

You say that the real yardstick of rural development is not to create ‘idealised models like an oasis in the desert’ but to increase community consciousness. How can this be achieved in a country like India?

Community consciousness can be brought about by basic education, with a focus on skill development among children. People need to be given freedom from the past so they can live and learn in the present and create a better future. Israel has done this successfully.

The book calls for radically transforming the education system ‘in consonance with the constitutional imperatives’. Is there a need for a Gandhian-style nai talim?

Nai talim is often described as education through handicrafts. Mahatma Gandhi believed the highest development of the mind and the soul is possible under such a system of learning. Our education system suffers from the evil of crippling individuals. The competitive attitude is inculcated into students, who are then trained to worship acquisitive success as preparation for a future career.

Looking back, how do you feel about your decision to work in the Man region?

During the independence movement, Gandhiji called upon India’s educated youth to go to the country’s villages and work with the impoverished. This was the inspiring ambience of the Gandhian era, both before and after independence. I was one of those who was influenced by this compelling spirit. I feel satisfied that by working in Man I performed my duty as an Indian. I learned much more in the field than I did in college and the Tata Institute of Social Sciences.