When Mumbai resident Kiran Patel* turned 18 in December 2020, celebrating the life event was the last thing on his mind. That’s because the moment he became an adult, Mr Patel — an orphan raised in a childcare institution (CCI) — could not continue living at the shelter.

Having to go out into the world with no proper education, vocational skill, financial support or any cushion to fall back upon, Mr Patel felt only despair and fear about his future. This is an unfortunately common story for teenagers staying in the 9,600 CCIs in India who are forced to leave when they step into adulthood. These ‘care leavers’ often slip into a cycle of poverty, homelessness, unemployment and exploitation. Many end up on the streets.

Mr Patel’s story may have been the same if not for a chance meeting with a couple of care leavers who had joined the ‘aftercare outreach programme’ (AOP) of Udayan Care, a New Delhi-based nonprofit supported by the Tata Trusts that has been fighting for the leavers’ cause since 1994. The programme supports teenage care leavers through the transition and rehabilitation phase into what is, officially at least, adult life.

Aftercare and alternative care are the foremost facets of the child protection efforts of the Tata Trusts and, by extension, AOP, which has been operational since 2020. Skill training and development, vocational education and the gathering of experience are part of the initiative. Besides organising workshops for care leavers in different cities, AOP also backs advocacy and creates platforms where stakeholders and policymakers can meet and interact.

Poor data gathering and governmental inadequacies handicap care leavers in India. According to a 2019 report that studied aftercare practices in five states, an estimated 370,000 children were lodged at that point in CCIs across the country. But there is no reliable data on the numbers exiting, or being cast out of, these centres in any given year. 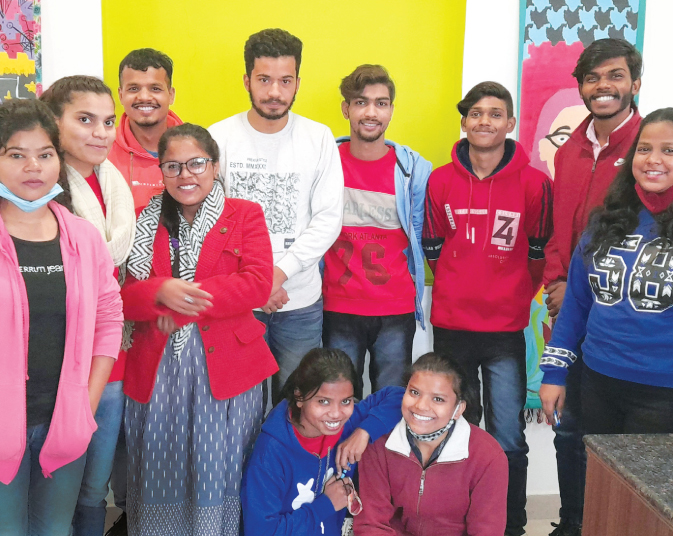 Participants at a vocational skills workshop in New Delhi

Rehabilitating care leavers is not just desirable, it’s mandated by law. India’s juvenile justice legislation stipulates that all those getting out of CCIs must receive state-sponsored ‘aftercare’ support till they turn 21 so that they can live independently and integrate with the community. In reality, most care leavers get no such assistance, with resource crunches and a ‘priority deficit’ being cited as reasons.

The involvement of the Tata Trusts with the issue began in early 2018 with advocacy that sought to sensitise governments and civil society about the challenges faced by care leavers and the urgent need to extend aftercare to them. This was when they started supporting Udayan Care.

Support from the Trusts has enabled Udayan Care to study the challenges faced by these not-quite-adults. What emerged was ‘Beyond 18’, a first-of-its-kind research exercise spread over 18 months that captured the voices of more than 500 care leavers in five states.

The report offered a peek into the struggles and challenges faced by these youngsters and included recommendations to improve their prospects and their future. It also formed the framework for the implementation of AOP.

The Trusts followed this up with a grant that supported AOP youth in Delhi. It also provided technical support in advocacy efforts such as the the Care Leavers Association and Network (CLAN), which is aimed at being a representative group that raises and tackles the concerns of care leavers.

CLAN’s exertions laid the ground for Unicef to launch, in 2021, the India National Care Leavers Network, an independent organisation, owned, managed and run by care leavers themselves, that works to secure their rights.

“CLAN advocates with the government for the betterment of care leavers and it offers a safe space for young adults to associate, build relationships and be family to one another,” says Abhijeet Nirmal, programme manager, child protection and human trafficking, at the Trusts.

Participants at a work-life readiness workshop held in New Delhi

Out of the records book

Finding care leavers and getting them organised has been a difficult task, principally because governments and children’s homes have no records on them once they are out of institutional doors. The AOP team adopted an outreach roadmap and created a core of care leavers who identified others like them. CLAN workshops were organised to spread awareness and provide handholding support to AOP youth.

The Covid pandemic has thrown up a welter of implementation roadblocks for the aftercare project, but the AOP team has persevered. Care leavers have been mobilised in many cities and their plight has been highlighted. More significant is the change it has brought about in the lives of the young adults it has touched.

There are countless young care leavers in India and a leg up is what they are searching for. The support they seek, and hopefully will get, can go a long way in ensuring that their future is as part of the mainstream, rather than on the outside looking in. 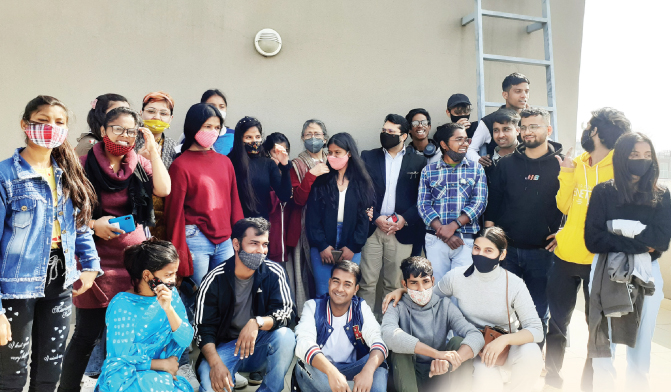 Ayear ago, I hesitated to even speak to people,” says Daljit Prabhakar*, a 19-year-old care leaver supported by the ‘aftercare outreach programme’ (AOP) in Bhopal. “Now I feel more prepared to live on my own. I don’t fear the future anymore.”

Abandoned by his parents, Mr Prabhakar spent the majority of his growing-up years in childcare shelters and juvenile homes. He dreaded the prospect of turning 18, since the milestone meant that he would be legally required to leave the shelter he was in.

For a while it appeared that the shy teenager’s worst fears would come true, but a new future opened up for him when he met a fellow leaver. That’s when Mr Prabhakar met volunteers of Udayan Care, a New Delhi-based nonprofit organisation working for the cause of care leavers.

Udayan Care’s volunteers helped Mr Prabhakar continue his education by getting him enrolled in a graduate programme at the Indira Gandhi National Open University and take a vocational skilling course.

“I received financial support even for small expenses and was assigned a mentor to guide me,” says Mr Prabhakar, who believes the education and life skills he is learning will help him live independently and with dignity.

AOP’s objective is to help young adults like Mr Prabhakar find their feet, says Dr Kiran Modi, the founder and managing trustee of Udayan Care. “Our mentoring and support programme are tailored for that. We enable these youngsters with workshops based on our ‘work-life readiness’ curriculum, which includes aspects such as financial management and emotional wellbeing.”

Mr Prabhakar has enrolled for a food production course with the Indian Hotel Academy. The course should enable him to nail down a job in the hospitality industry or even set up a business of his own, as he is inclined to. “My ambition is to open a restaurant one day,” he says.